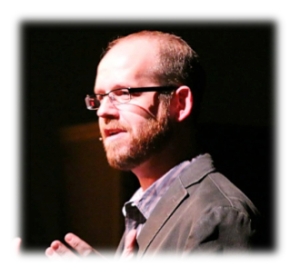 Recently I was reading through some Atheist material in preparation for an upcoming sermon series when I came across a familiar counter theistic argument. The basic concept is that Christians are actually Atheists in regard to all other gods except their “one true God.” Therefore the only difference between a Christian and an Atheist is that the Atheist goes one god further. Now I do admit the argument is not only cleaver, but a bit compelling too.

As an Evangelical I am a stanch Atheist in regard to all other gods. Oden is lore, Zeus is fiction and while Osiris looks like “Beast” from Teen Titans (which is awesome) he lacks standing support. But here is what is also true; I have no angst, spite or distain for those gods. I feel zero need to discuss how petty, juvenile, cruel or ridiculous they may be. In fact my “Pissed-O-Meter” doesn’t even tack .1 when I think about the topic of other gods.

Now maybe that is because I’m reflecting on gods that are long bereft of worship. So I decided to dig a bit deeper into my own emotional grid. But when I did so realized that my “P-O-M” doesn’t even budge when I think about the gods of current religions such as Islam or Hinduism. Isn’t that weird? It should be weird based on the “Christians are actually Atheists – save one” argument. Here is what I mean.

I concur that I am a full naturalistic skeptic in regard to Allah and Shiva, but I’ve also never been compelled to assault their character, actions or personhood. I can’t even imagine wasting time, emotion or energy to do so. I have certainly spent time dealing with comparative religious systems in light of Christianity, but I have never put the gods of those systems in my crosshairs because I know I’m shooting at thin air. I don’t waste time mocking the Flying Spaghetti Monster for the  same reason. To have any critical or negative opinion of a deity that I consider to be a mythology is about as rational as mocking the Leprechauns I don’t believe inhabit my toilet bowl. What makes this even weirder is that while billions of people are affected by and follow the gods that I don’t believe in, my Atheism regarding their gods is so sincere I don’t feel the need to burn a single calorie to assault the character of their deities. I will challenge their religious philosophies, but I never attack their gods. Additionally I’ve never been a part of any Christian group where people sat around and badmouthed other dieties. They may talk about Islam’s doctrines, but no one I know sits around and talks about how silly or sadistic Allah is. That would be a bit weird right?

Then I thought about it more. I’ve also never met any full Atheist who has displayed the need to consistently dismantle the reputation of any other god – except the God of Christianity. On this god I find a disproportionate obsession with assaulting the character of what is adamantly defined as an inane and outdated myth. A famous instance of this comes from Richard Dawkins when he writes:

“The God of the Old Testament is arguably the most unpleasant character in all fiction: jealous and proud of it; a petty, unjust, unforgiving control-freak; a vindictive, bloodthirsty ethnic cleanser; a misogynistic, homophobic, racist, infanticidal, genocidal, filicidal, pestilential, megalomaniacal, sadomasochistic, capriciously malevolent bully.”

I give Dawkins points for flair, but I also sit somewhat dumbfounded and think, “Why waste this much ink to mock a fable?” It would seem a sincere Atheist would be radically passionless toward any mythological deity precisely because of the “fact” that it’s a fiction. I think about how more than a few Atheists glibly equate God with Santa Clause, but none that I know of take the added time to bust St. Nick’s snow globes for breaking an entry or jipping naughty kids out of Christmas. Yet in my experience I commonly find Atheists are colored with a deep passion against the “myth” of the Christian God. It’s a case of real hate for the fake god. And then I realized, perhaps the hate is real because deep down inside they hope – might I even say, “pray” – He is real so He can feel their disdain.

As for me, I will continue to go on in my unimpassioned Christian Atheism. I will not Photoshop Zeus out of the Trevi Fountain to mock his mythological status. I will not imprint a Flying Spaghetti Monster between the elephants of the Banteay Srei Carving of Shiva to belittle Hindu gods. And I will not rant about the cruelty of the Sith Lord Darth Sidious when he had Anakin kill his loyal Count Dooku. All for the same reason, only realities are worthy of my passions.

Passion for your house (Oh Lord) has consumed me, and the insults of those who insult you have fallen on me.     Psalm 69:9